Where does it come from?

The features of the crossword puzzle

There exists quite a bit of dispute about what puzzle deserves the title of ‘the first crossword puzzle ever’, because many of the older puzzles existed in different formats. to en all discussion, we’ll take a look at what todays prerequisites are for crossword puzzles.
1. The grid must be symmetrical around the diagonal, which means that the grid stays the same if you rotate it 180°.
2. You can’t have too many black squares. There are no strict rules, but no more than 16% black squares is commonly accepted.
3. No unkeyed letters. (letters that only appear in one word) Every letter has to appear in both an across and down word.
4. The minimum word length is 3 letters.
5. The black squares can’t cut the grid in separate pieces.
6. Long words must be placed symmetrically.
7. Words can only be used once per grid.
8. Made up words are not allowed.
If we take those 8 rules into account, the first crossword puzzle that resembles today’s form the most was the ‘word-cross’ puzzle and was invented about 100 years ago,so in the grand scheme of word puzzles it’s a relatively new game.

The first ‘word-cross’ puzzle was published in the New York World on december 21, 1913. It was written by Arthur Wynne, a Brit that migrated to the United States in the 1920’s.
He was the first person to introduce boxes in which the users could fill in letters. He was also the first person to incorporate black boxes in his puzzles. This form is still used today, with the exception of the numbering method.

Over the years, the crossword puzzle evolved and many more variations were invented.
You have the cipher crossword, which uses ciphers instead of words.
Fill-in crosswords, in which you get all the words that fit in the grid and you have to figure out where each word should go.
Arrowords, in which the clues are in the grid with arrows that tell you in which direction you have to fill in the words.
There are countless more sorts of crossword puzzles and even today new variations are invented.
Crozzbi, for example, is a bilingual crossword puzzle in which you get the clues in one language and you have to fill in the correct words in a different language.

Get your copy now! 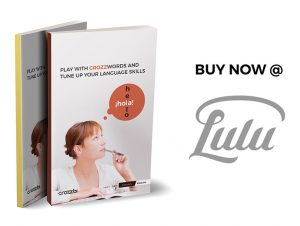 NOTIFY ME ABOUT NEW PUBLICATIONS

Be the first to know when new puzzle books are available.
NOW!

Spanish word of the day

NOW ALSO IN YOUR FAVOURITE BOOKSTORE

Crozzbi’s, or language learning crosswords, are available as booklet on the Lulu Marketplace. You also find them on Amazon, Barns & Noble and Ingram. 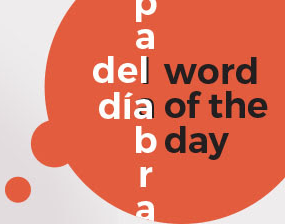